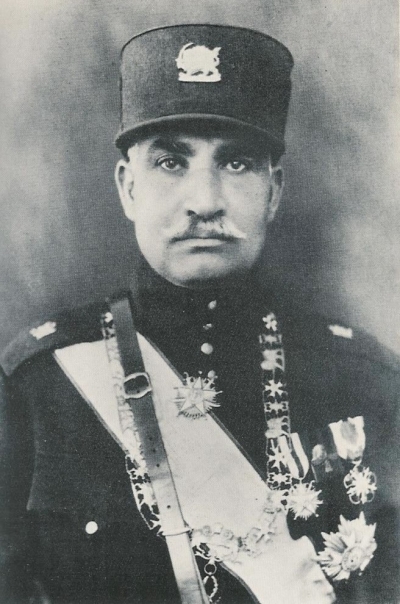 The new era in Iran's history opened in the 1920s with the coming to power of Reza Khan, a towering figure whose unique personality and unique career left a deep imprint upon the life of his nation. Reza Khan's rapid ascent from common soldier to King could be compared with the rise of Napoleon in France or Bernadette in Sweden; however, it was more striking in terms of the social distance covered. Napoleon had the advantage of going to a military academy before embarking on a regular army career. Bernadette was indeed a soldier who carried "the marshal's baton" in his knapsack and ended as king, but a king in a foreign country, to some extent imposed by external influence. Not so Reza Shah, who grew up in a purely Iranian environment, assumed the imperial rank among his own people, and thus created a real saga of a self-made man against the background of Iran's monarchical tradition. 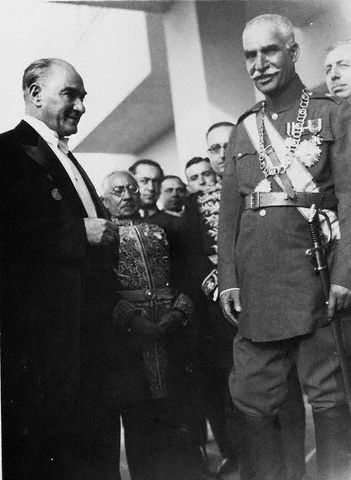 In his national policies two main features stood out: nationalism and modernization. In this respect he could be compared to Peter the Great, who launched Russia from her medieval slumber upon a path of modernity. Among his contemporaries Reza Shah was frequently compared to his neighbor, Kemal Ataturk seen left greeting Reza Shah,of whose attitudes and reforms he was fully aware. The two leaders had certainly a good deal in common: their burning nationalism, their determination to modernize their countries, and their critical attitude towards the intrusion of religion into the public life of their respective nations. But the two also differed considerably from each other. While Ataturk was willing to burn the bridges with the past, Reza Shah not only maintained the institution of monarchy but also promoted a revived consciousness of ancient Achaemenian glory, particularly through architectural symbolism. In this sense, of course, he was more fortunate because his nation had had a long record of civilized life when the Turks were still leading a nomadic existence in the steppes of central Asia.

In the subsequent chapters a group of specialists will review in greater detail the achievements of both Reza Shah and his son and successor, Mohammad Reza. In these introductory remarks we will limit ourselves to the main points in the work and struggles of these two rulers. Reza Shah's achievements could be summed up under three headings: building up the infrastructure of a modern state, asserting independence from foreign domination, and launching social cultural reforms. With regard to the first, Reza Shah did indeed lay down the foundations without which a modern state could not function. These included assertion of government authority and national unification in the face of various centrifugal and anarchistic forces; the creation of a reliable army under national command; establishment of a modern fiscal system based on rational organization; and development of the minimum of communications and transportation facilities compatible with the requirements of a modern state.

Assertion of independence from foreign occupation and control was the second major achievement of Reza Shah. At the very outset of his rule he had to face the threat of militant Communism imported into Iran with the advancing Red Army which, despite the repudiation by the Bolsheviks of czarist Russia's imperialistic practices, fell into the old pattern of occupying the northern provinces of Iran and threatening the integrity of the entire state. This struggle for emancipation from foreign control was marked by two crises. The first was the Soviet attempt to set up a separatist Communist government in the province of Gilan. This required both military and diplomatic countermeasures, the outcome being the conclusion of the Soviet-Iranian Treaty of February 1921 and the subsequent withdrawal of Soviet troops from Iranian territory. The treaty, however, was negotiated by Iranian representatives in Moscow while Reza Khan, not yet fully in power, was personally commanding military operations against the northern rebels and their Soviet allies. This perhaps explains why the treaty was burdened with an onerous clause in the form of article 6 authorizing entry of Soviet troops into Iranian territory, should the latter become a base for anti-Soviet aggression. Although the attached memorandum made it clear that the provision in question comprised only the toleration by the Iranian government of the anti- Soviet activities of White Russian elements against the Soviet territory, in subsequent years Moscow tended to give a more comprehensive interpretation to this clause by including in it Iran's formal ties with Western powers during the period following World War II, which clearly was not encompassed by the terms of the original clause. Regardless, however, of the text of the treaty in question, Reza Shah succeeded in removing the Soviet presence in Iran and in effectively curbing the activities of Soviet agents and their Communist allies inside the country. 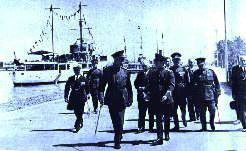 The second crisis that the Shah faced was the one with Great Britain. It revolved around oil, the concession for which was held by the Anglo-Iranian Oil Company, the latter in turn controlled by the British Admiralty. Relations between Great Britain and Iran profoundly differed from those between Iran and Russia. (Left, Reza Shah inspects newly acquire ships from Italy. In the background is the Iranian gunboat "Babr," Leopard sunk by the British during World War-ii) While Britain exercised imperial control in India, the Persian Gulf, and the Middle East, she was essentially a status quo power not bent on territorial aggrandizement and not guided by a militant or aggressive ideology. Iler interest in Iran focused largely on the preservation of such economic advantages as she or her citizens had achieved in that country. Therefore, from the point of view of Iran's independence, Britain was not only a country in a different category from the Soviet Union, but even could be counted upon as providing a counterbalance to the Soviets' actual or potential aggressive designs. This, however, did not diminish Britain's economic self-interest, which was based on somewhat outmoded notions regarding the relationship between the metropolis and the colonies or semi-colonies. Although the showdown between Reza Shah and the British over oil in the early 1930s abounded in moments of tension and recrimination, it ended by a compromise in which rationality and restraint were displayed by both parties.

In his pursuit of policies aiming at the safeguarding of national independence and security, Reza Shah was ready to cooperate with the neighboring states which, like Iran, were anxious to safeguard their integrity against possible Soviet expansion and subversion. To this end he entered, in 1937, into a regional alliance known as the Saadabad Pact, the other signatories being Turkey, Iraq, and Afghanistan. Furthermore, not unlike his Constitutional predecessors of the period preceding World War I, Reza Shah was inclined to look for a friendly third force that would help Iran free herself from Soviet menace and British influence. Thus he repeated the experiment of 1911 when an American expert, Morgan Shuster, had been brought to Iran to reorganize Persian finances by inviting in the early 1920s another American, Dr. Arthur Chester Millspaugh, to assist in the reorganization of the Iranian treasury. After some years a German, Dr. Kurt Lindenblatt, was appointed governor of the national bank, while numerous German technicians were invited to advise Iran in developing her industry and communications. Although these contacts with the United States and Germany respectively did not represent a movement toward political or military alliance, nevertheless they were conceived by the Shah and his ministers as a material factor in reducing Iran's dependence upon her two powerful imperial neighbors. 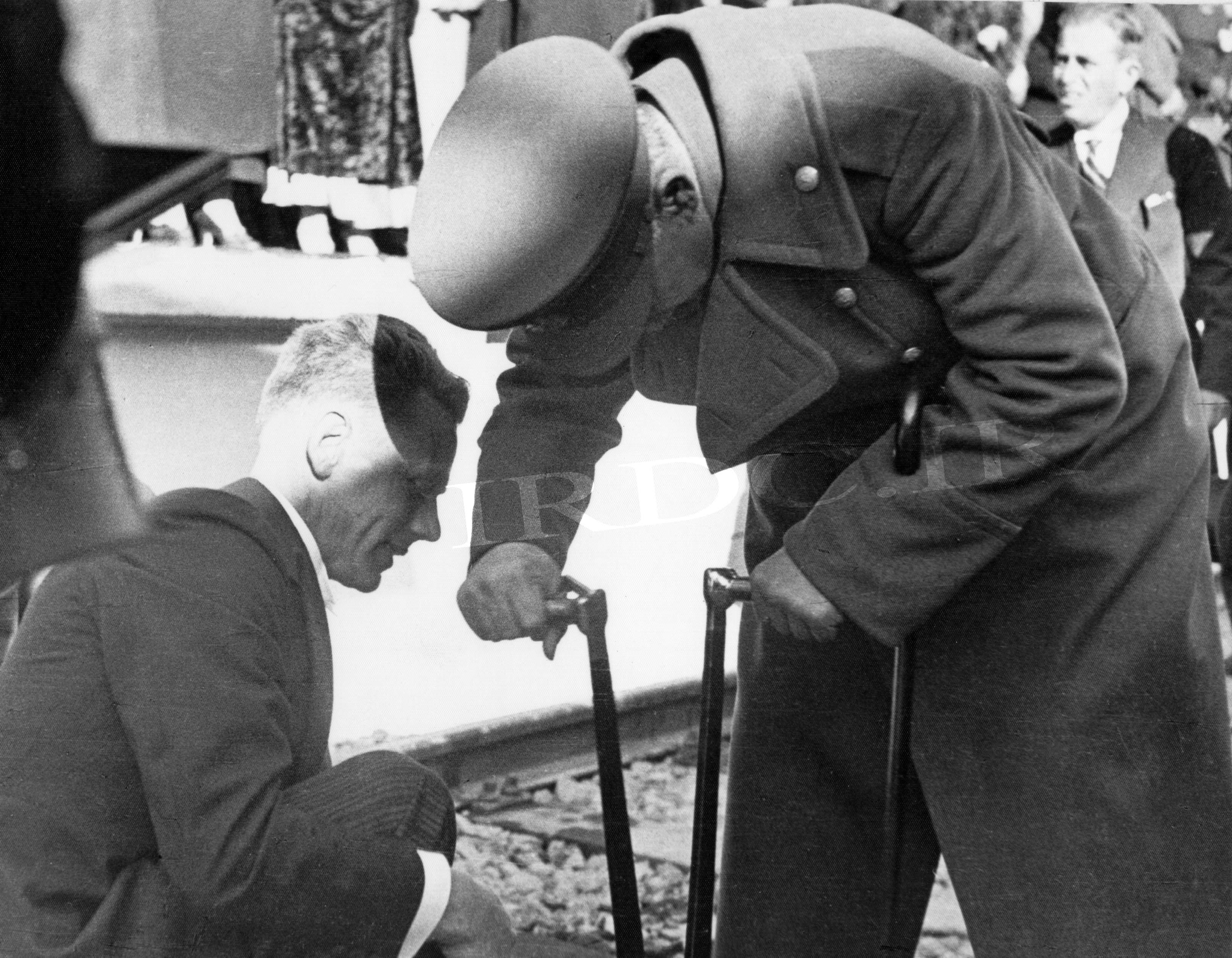 Reza Shah inaugurates the Trans-Iranian. The task of rebuilding, unifying, and strengthening the state consumed so much time and energy that to an outside observer it is little short of amazing that Reza Shah found enough strength to enact a number ofsocial and cultural reforms, some of which had to be imposed against fierce opposition from various entrenched interests. The main thrust of these reforms was to transform the hitherto lethargic masses into a new and enlightened citizenry that would actively participate in the development of the country. Reza Shah was thus a pioneer in introducing what we may call a meritocracy in Iran's national life. Under his reign it was not inherited wealth or connections that counted but actual competence and performance. He was impatient with slothful and lazy officials and prone to dismiss or punish those who failed in their tasks or betrayed his trust. Having a dim view of the role played in the society by reactionary and often semiliterate mollas, (clerics) he took away from the religious establishment its judicial and educational responsibilities while developing under the state auspices a modern school system with the University of Tehran, opened in the 1930s, at its apex.* He was also the first ruler in Iran to call for the emancipation and education of women. Aware of the shortage of the skilled manpower in his country, Reza Shah was willing to employ foreign experts. However, to avoid encouraging the foreign political influence that such experts might represent, he made it a point to hire them on an individual basis and to place them under Iranian control. Such experts, for instance, were employed in constructing the Shah's cherished project, the Trans-Iranian Railway. However, he took care not to rely on technicians of any single nationality and, furthermore, deliberately avoided dependence on foreign governments by providing exclusively Iranian financing of the project. Above all, he instilled in his people a sense of pride and self-reliance.