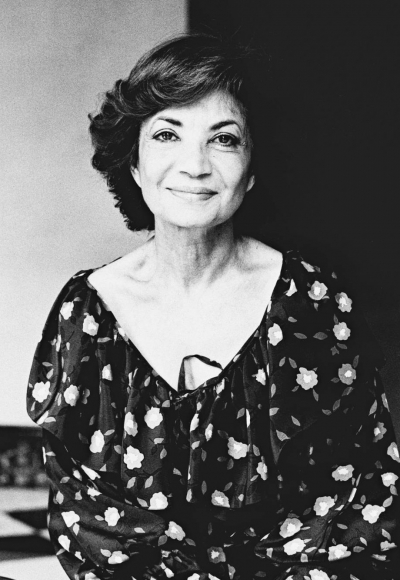 Princess Ashraf Pahlavi, the twin sister of the late Mohammad Reza Shah Pahlavi, was born in Iran in 1919, when patriarchal norms and traditional values still dominated all aspects of Iranian polity and society. She grew up to love and admire her twin brother and in turn received his affection and unwavering support. She was ever kind and generous to her friends, respected her aides and went out of her way to help them in time of need.  She was known for her sharp mind, modesty, and unsparing straight talk.  Daring and often defiant, she would not fathom failure; rather, she sought and drew on all talents available to achieve her goal. She welcomed friends’ constructive criticism and dismissed enemies’ ill willed spite.

Princess Ashraf also played a vital role, both in Iran and the United Nations, for the promotion of human rights. She was elected chair of the First World Conference on Human Rights, which was held in Tehran in 1968. While Western governments wanted the Conference to concentrate solely on political issues, Princess Ashraf, following her brother’s recommendations and cognizant of Third World representatives’ preference, succeeded in persuading the Western representatives in the Conference to agree to the inclusion in the final platform that economic, social and cultural issues are essential to any meaningful and realistic consideration of human rights on a global scale. It was in recognition of her many services in the cause of human rights and social welfare that in 1969 Brandeis University granted her, along with Coretta King, an honorary doctorate degree.

Princess Ashraf Pahlavi played a major role in the expansion of Iran’s friendly relations with powerful members of the international community. She rarely missed an opportunity to familiarize the international community with Iran’s plans and projects for social and economic development.  She made a point of meeting with influential political leaders in the world, including the United Nations’ secretary generals and chairs of various organs and committees. She was an active representative of Iran at the United Nations for sixteen consecutive years, first as member and leader of Iran’s delegation to the General Assembly, then as Iran’s representative to the Social and Economic Council, chair of the Human Rights Commission and the Commission on the Status of Women, and as a member of the International Consultative Liaison Committee for Literacy.

Following the establishment of the Islamic republic in Iran, Princess Ashraf Pahlavi, along with millions of her compatriots, was forced to leave her beloved birthplace. She carried with her the love of Iran and the plight of its oppressed people. In exile, she continued to help as many of Iranians in diaspora as she could. She also tried desperately to help free her beloved Iran from the yoke of a government bent on denying the Iranian people their natural rights and freedoms. Meanwhile, she suffered deeply from the passing away of her beloved brother, grieved over the assassination of her courageous and exceptional son, Shahriar Shafiq, and the untimely death of her brave and freedom loving daughter, Azadeh.  Nevertheless, she became even more resolute to promote the cause of Iran’s liberation. At the same time, deeply concerned about the Islamic regime’s ceaseless attempts to destroy the vestiges of Iran’s ancient civilization and undermine and belittle its distinct cultural identity, she assisted any group or association that tried to preserve, present and promote Iran’s invaluable cultural, educational, and scientific heritage.  It was her generous help and support that made possible the establishment of the Foundation for Iranian Studies; an organization that has become on the strength and quality of its publications, programs and conferences, the most credible and influential independent institution in the field of Iranian studies. She also helped establish the Kayhan Newspaper in London, a weekly paper that was instrumental in keeping Iranians abroad in touch and abreast of what was passing in their home country.

Princess Ashraf Pahlavi was without peer in her love for Iran and in her courage to stand up against Iran’s greatest foe ever. Alas, she did not get her wish to be a witness to Iran’s inevitable liberation.

Tweet
More in this category: « Lifting The Veil Social Activities »
back to top