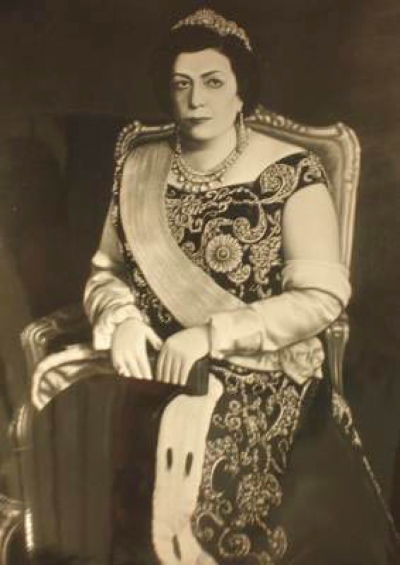 Queen Mother, Tadj ol-Molouk (March 17, 1896 – March 10, 1982), née Nimtaj Khanum, was the daughter of General Teymur Tadfel Molouk Ayrumlu, and was the queen consort of Reza Shah, founder of the Pahlavi dynasty and Shah of Iran between 1925 and 1941. She had four children: Shams Pahlavi, Mohammad Reza Pahlavi, the last Shah of Iran, and his twin sister Ashraf, and Ali Reza Pahlavi I. She was an ethnic Azeri.

Tadj ol-Molouk died in Acapulco (Mexico) after a lengthy battle with leukemia seven days before her 86th birthday.