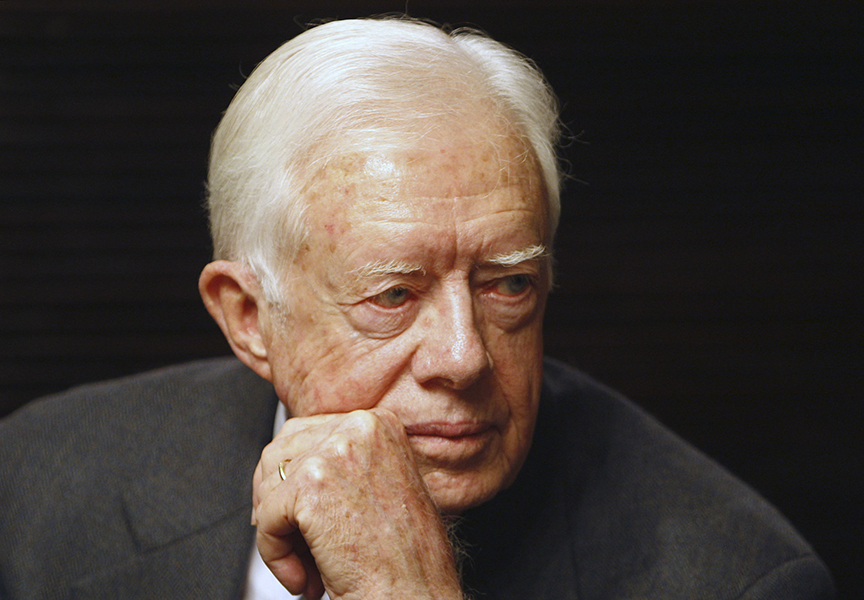 Sustained applause greeted Jimmy Carter on that cold December day in Oslo. They were cheering not him but the fact that he opposed America. Carter was there to receive the Nobel Peace Prize. For his humanitarian efforts? To bring world peace? Hardly. Conflict raged in Israel even as Carter made his speech. He received the award as a statement against the United States. “Global challenges must be met by an emphasis on peace, in harmony with others, with strong alliances and interna­tional consensus,” Carter said in a dig at President Bush. It was the moment he had long coveted. Lusted in his heart for. Hired Norwegian lobbyists for. At last, a Nobel to help cover up the stain of his disastrous presidency. He accepted the prize despite a new stain: the admission by Nobel committee chairman Gunner Berge when he announced the prize in October that the decision was a “kick in the leg” to President Bush. Sadly, it’s now clear that this award is more of a consolation prize for failed politicians. Carter earned this increasingly worthless Nobel for being America’s worst president. Not content with the terrible damage he did to the country while in office, he has continued his trail of disasters since. Many of our current international crises can be traced to Carter’s policies...

Iranian Fiasco
While a communist Nicaragua threatened America and democracy in this hemisphere, Carter’s greatest foreign policy fiasco was in Iran, where his policies undermined another staunch U.S. ally, invited the Soviet invasion of Afghanistan and helped spawn the great Islamo-fascismn movement that threatens us all today. By Middle Eastern standards, the conflicted and self-absorbed Iranian leader Reza Shah Pahlavi was an enlightened, liberal leader. Strongly pro-American, he was Westernizing and modernizing an incredibly backward country against the desires of the country’s reactionary Muslim religious fanatics.
With a U.S.-trained and U.S.-equipped military he was the linchpin of American defense policy in the Gulf, serving as a bulwark against Soviet expansion into the oil-rich region. Helping to defend American interests proved to he the shah’s downfall. Pressured by Carter to acquiesce to radical rebels and terrorists, the shah was undermined and overthrown in early 1979, toward the end of Carter’s term. We were told this was just another popular revolution - as with Nicaragua, that’s not the whole truth. While publicly feigning support for the shah, from day one Carter put the shah under the gun - pressuring him to release thousands of “political” prisoners (most were radical Muslims, terrorists and pro-Soviet Marxists).
Carter then began withdrawing U.S. support, secretly ordering the Central Intelligence Agency to stop paying the reportedly $4 million per year in bribes the agency paid the religious mullahs to tone down their rhetoric. These medieval Muslim leaders hated the shah not because he was dictatorial but because he was secular and pro-Western and was expanding the rights of women.

But to Carter these ignorant, anti-Western, bearded zealots were some­how (like the Sandinistas) paragons of liberal virtue and preferable to our imperfect pro-American friends. Carter simultaneously pressured the shah to institute democratic “reforms,” with threats to withhold vital military aid and training if he didn’t agree. Those reforms included allowing “free assembly” - which left Islamic and Soviet-supported anti-government groups free to meet and agitate for the shah’s overthrow.

Of course these reforms were unheard of elsewhere in the region, and Carter didn’t press for them anywhere else in the Islamic world. The predictable result of the shah’s acceptance of these demands was a perception of weakness and an escalation of opposition. A well-organized network in Iran under Soviet direction fanned this grow­ing uprising. By the fall of 1977, university students and Shi’ite clergy, who had long opposed the shah’s modernizing policies, began a well-coordinated and well-financed series of street demonstrations supported by a media frenzy. As the revolutionary crisis reached a head, Carter sent U.S. military emissaries to strong-arm the shah and persuade his top generals to show restraint against the street protests. Hoping to prevent more bloodshed, the weak and ill shah agreed. In early 1979 the shah surrendered - virtually without a fight - and his pro-American government was overthrown. 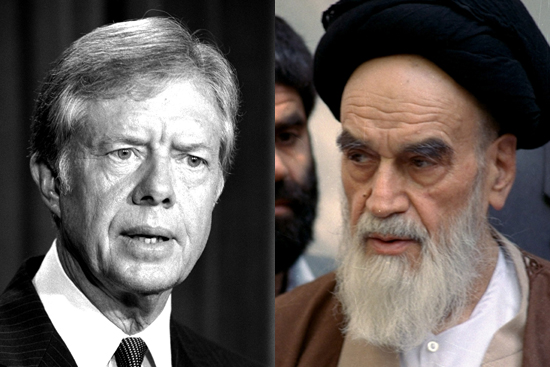 Fruits of Betrayal
The Ayatollah Khomeini’s brutal new theocratic dictatorship then executed many of the political prisoners Carter was supposedly trying to help, along with over 20,000 pro-Western Iranians. As for the shah’s top generals, who Carter told to stand down and not try to suppress the ayatollah’s fanatical supporters, more than two dozen were summarily murdered. Women were sent hack into servitude. Citizens were arrested for the slightest pro-Western sentiment. Soon American diplomats were taken hostage, ushering in the crisis that would most define Carter’s disastrous administration, and the Iranian Islamic Republic became the world’s greatest state sponsor of terrorism. In 1980 Saddam Hussein, sensing a power vacuum, invaded Iran, causing over 1 million deaths and paving the way there for our current Iraqi mess. The Soviets, seeing President Carter’s incompetence and despite his pathetic pleas to not attack, took advantage of the chaos he had caused to invade Afghanistan, as a base for hoped-for Soviet takeovers in Iran and Pakistan. And what was the reaction of President Carter, the leader of the free world, to this naked Soviet aggression?

He admitted that he now understood the true nature of Soviet communism and withdrew our athletes from the 1980 Olympics. President Reagan fotunately, drew the line and later stopped the Soviets in their tracks, but the damage was done. Afghanistan, too, would slowly slide into chaos and fanaticism.