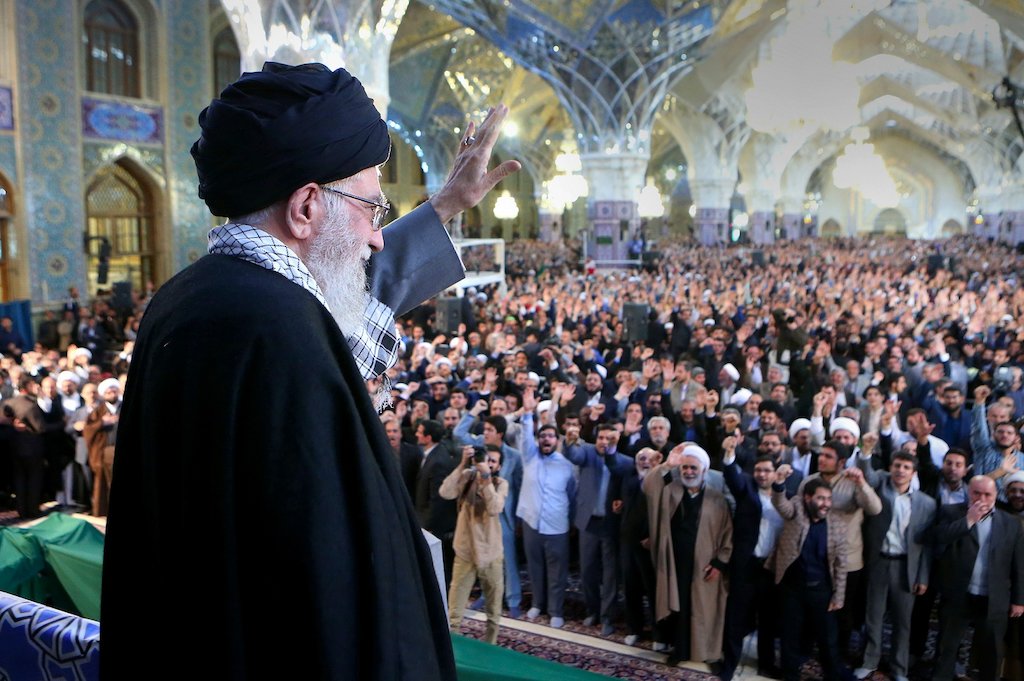 Since the advent of the Islamic Republic in Iran, terrorist attempts  have targeted exiled Iranians as well as citizens of other countries, condemned as heretics, around the world. These attacks were ordered by the Islamic Government of Iran.

1. In July 1980, Shapour Bakhtiar escapes an  assassination attempt in Paris, France. A French policeman and a neighbor are killed and one policeman is seriously injured.

4. In January 1982, Shahrokh Missaghi is killed in Manila, Philippines.

5. In April 1982, a young German student is killed during the attack of the residence of Iranian students in Mainzer, Germany, by the pro-Iranian Hezbollah.

7. In August 1982, Ahmad Zol-Anvar is fatally  wounded in Karachi, Pakistan.

10. In February 1983, Esfandiar Rahimi is killed in Manila, Philippines.

11. In February 1984, Gholam-Ali Oveissi and his brother, Gholam-Hossein, are killed in Paris, France.

12. In August 1985, Behrouz Shahverdilou is killed in Istanbul, Turkey.

16. In January 1987, Ali-Akbar Mohammadi is killed in Hamburg, Germany.

17. In May 1987, Hamid Reza Chitgar disappears in Vienna,  Austria and is found assassinated in July.

18. In July 1987, Faramarz-Agha and Ali-Reza Pourshafizadeh are killed and twenty-three personsare wounded in residences of Iranian refugees Karachi and Quetta, Pakistan.

19. In July 1987, Amir-Hossein Amir-Parviz is seriously wounded by theexplosion of a bomb placed in his carin London, England.

20. In July 1987, Mohammad-Hassan  Mansouri is shot dead in his house Istanbul, Turkey.

21. In August 1987,  Ahmad Moradi-Talebi is killed in Geneva, Switzerland.

24. In December 1988, an Iranian refugee is assassinated in front of the headquarters of the United Nations HighCommissioner for Refugees in Karachi, Pakistan.

26. In July 1989, Abdol-Rahman Ghassemlou and Abdollah Ghaderi and Fazel Rassoul are killed in Vienna, Austria.

28. In September 1989, Sadigh Kamangar is assassinated in the north of Iraq.

29. In September 1989, Hossein Keshavarz, victim of a terrorist attempt, is paralyzed for life.

30. In February 1990, Hadj Baloutch-Khan is killed by a terrorist commandoin Pakistan.

31. In Mars 1990, Hossein Mir-Abedini isÂ  wounded by an armed commando in the airport of Istanbul, Turkey.

33. In July 1990, Ali Kashefpour is kidnapped and killed in Turkey.

34. In SeptemberÂ  1990, Efat Ghazi is killed in Sweden by a bomb intended for her husband.

40. In August 1991, Shapour Bakhtiar and Soroush Katibeh are killed in Suresnes, France.

41. In September 1991, Saad Yazdan-Panah is fatally wounded in iraq.

43. In January 1992, Kamran Hedayati is wounded opening a letter bomb in Vastros, Sweden. He looses hissight and his hands.

46. In August 1992, Fereydoun Farokhzad is killed in Bonn, Germany.

49. In February 1993, the fundamentalist terrorists in Turkey admit to have kidnapped and killed Ali-Akbar Ghorbani who had disappeared in June 1992 in Turkey.

51. In June 1993, Mohammad-Hassan Arbab is killed in Karachi, Pakistan

52. In October 1993, Turkish fundamentalists admit having tortured and killed for Iranian officials, Abbas Gholizadeh who was kidnapped in Istanbul, Turkey in December 1992.

56. In February 1996, Zahra Rajabi and Ali Moradi were killed in Istanbul, Turkey.57. In March 1996, Ali Mollazadeh was killed in Karachi, Pakistan.58. In May 1996, Reza Mazlouman ( Kourosh Aryamanesh ) was killed in Paris, France.